Niagara Health System is pleased to announce that Dr. Thomas (Tom) Stewart is joining the organization in the newly formed role of Chief of Staff & Executive Vice President Medical.

In this important role, Dr. Stewart will oversee medical quality of care through the Medical Advisory Committee, and provide leadership to the Regional Chiefs of Programs and Services. As the organization’s lead physician, he will have an important role in developing and driving an ambitious quality plan for the organization, and will also have an instrumental leadership role in building toward our desired culture: one of caring and accountability, informed by academics and teaching. He will also make important contributions to the Executive Team, as well as to the Board in an ex officio role. 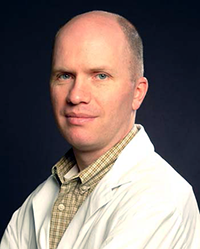 “There is no better candidate to help build on Niagara’s current successes,” said Dr. Kevin Smith, CEO of Niagara Health System. “Dr. Stewart has had equally remarkable careers as a medical leader, as an academic, and as an administrator. In all cases, he has helped build high-performance healthcare at the organizational and systems level, and always with the patient in mind and at the centre of planning.”

NHS Board Chair Dr. Barry Wright emphasized the high level of confidence the Board has in Dr. Stewart’s abilities. “When I first encountered Dr. Stewart, it was clear to me that he is an energetic and driven leader, and also one who values great people and builds great teams. I have every confidence he will be successful and help us build an even more successful healthcare system for all in Niagara Region. I also know that he will create a great environment for our physicians, and will likewise encourage an even better level of collaboration across all our teams.”

Dr. Stewart notes: “I see Niagara as a great opportunity, one of the greatest of my career.  I am joining what is already an excellent team, and doing so with a lot of excitement. NHS is a large, high-functioning health system, with a great future ahead in large part because of its amazing people, the world-class capital plan put forward by Dr. Smith, and the strong academic relationships. I see my role as being one of bringing out the very best in our medical leaders, and helping build on what is already a notable success in healthcare in Canada. Working together we’ll keep building on this model to deliver the absolute best care.”

Prior to joining NHS, Dr. Stewart completed his MD with honors at the University of Ottawa in 1988. He went on to do a fellowship in Internal Medicine and Critical Care Medicine at the University of Toronto followed by research training in Paris, France, and Toronto. He is currently a Professor of Medicine and Anaesthesiology at the University of Toronto where he works as a Critical Care Physician at Mount Sinai Hospital and University Health Network. Dr. Stewart has held a number of leadership roles including: Physician-in-Chief (2009-2013) and Chief Clinical Officer (2010-2013) at Mount Sinai Hospital, Director of Critical Care Medicine at Mount Sinai Hospital (1998-2009) and the University Health Network (2002-2009).  He was a key developer and implementer of Ontario’s Critical Care Strategy, having served as Chair of the provincial Critical Care LHIN Leader Table for several years while it underwent significant change. He has received multiple honors, awards and grants and has published numerous peer-review articles and book chapters. He is a regular invited presenter nationally and internationally. Dr. Stewart’s research focuses include ARDS and ALI, lung protective modes of mechanical ventilation, unconventional approaches to mechanical ventilation, leadership skills, implementing change and system design. In his role as Physician in Chief and Chief Clinical Officer at Mount Sinai, Dr. Stewart championed a number of innovative initiatives to improve efficiency, patient experience, safety, cost-control and flow. Dr. Stewart has also led an initiative to train leadership and management skills to clinicians nationally and internationally. Dr. Stewart is also a committed family man, and has a wife and two children aged 17 and 14.

Dr. Stewart has already begun his engagement process and orientation process; his start date and primary office location are to be determined.

What will Dr. Stewart’s day-to-day role look like? What will he do?

Dr. Stewart will be the medical lead for quality, and also the lead for the professional staff. In his role as Chair of the Medical Advisory Committee (MAC), Dr. Stewart will oversee the credentialing process of all physicians with privileges at NHS sites, and will also review quality of practice of physicians working with the Regional and Site Program Chiefs.

We advertised for this role internally, locally and nationally. A selection committee was formed including NHS Board, Professional Staff leadership, the Medical Staff Association and Administration. Following a review of all candidates, Dr. Stewart was selected. We followed the Professional Staff Bylaws and the OHA Guide to Good Governance through this process.

How does this role differ from the previous interim Chief of Staff role held by Dr. Hope?

Essentially, this role combines the Chief of Staff role with a previously unfilled VP Medical Affairs role, and expands the role with regards to its responsibility for quality, medical culture, and academic partnerships.

How often will Dr. Stewart be working at the NHS?

Will he also continue his clinical skills?  Will he be working in critical care here as a physician?

Dr. Stewart will be examining opportunities to continue some clinical work in Niagara Health System following his arrival.

What will Dr. Stewart’s priorities be?

Initially Dr. Stewart will work to understand the current culture, people, strengths and opportunities, and stakeholders’ views of the health system.  His goal is to create a health system that delivers the highest-quality, safest care within a culture of caring. He will also be focused on mentoring and working with medical and other leadership to develop a robust plan to achieve these goals.

What is in Dr. Stewart’s contract? What will his salary be?

Dr. Stewart’s contract will be made publicly available upon his arrival, and will be posted with all other executive contracts on the NHS website:
http://www.niagarahealth.on.ca/site/accountability-transparency/executive-contracts