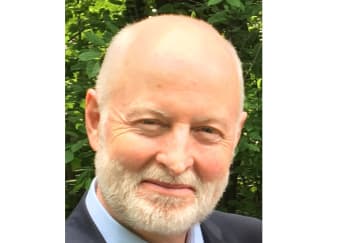 We are excited to announce Dr. Nicholas Braithwaite is Niagara Health’s new Chief of Obstetrics and Gynecology.

Dr. Braithwaite, who assumes the role on Feb. 1, comes to Niagara Health from IWK Health Centre, a pediatric hospital and trauma centre in Halifax, and the Nova Scotia Health Authority.

During his career, he has held numerous leadership positions in academic and healthcare organizations, including Corporate Chief of Obstetrics and Gynecology at William Osler Health System, Corporate Chief of Surgery at Lakeridge Health and Senior Medical Director at the Vancouver Coastal Health Authority.  His most recent leadership position was as Interim Vice-President Medicine at the IWK in Halifax.

“We are thrilled to have a physician of Dr. Braithwaite’s caliber joining our leadership team,” says Dr. Johan Viljoen, Niagara Health Chief of Staff and Executive Vice President Medical. “Our Obstetrics and Gynecology program has made great strides and advancements in enhancing patient care, and we are looking forward to seeing the difference that Dr. Braithwaite will make in his new role.”

We would like to thank Niagara Health physicians Dr. Karen Macmillan (Obstetrics) and Dr. Olufemi Olufowobi (Gynecology) for performing admirably during their time as interim leaders in the program. Their strong leadership vision and guidance has ensured the Obstetrics and Gynecology program continues to see significant advancements in care.