The Canadian Institute for Health Information (CIHI) publicly releases health system performance which can be found at OurHealthSystem.ca.

Click on the links below to learn more about our Quality & Safety Indicators.

Niagara Health is performing similar to or better than the Canadian average in the following hospital-specific indicators:

The Hospital Deaths indicator (HSMR) tracks changes in hospital mortality rates to reduce preventable deaths in hospitals, and improve quality of care. At 88, Niagara Health’s HSMR remained the same in 2013-14, as compared to 2012-13, which is similar to the average for Canadian and Ontario hospitals.

Niagara Health also did well in the other two acute-care hospital indicators reported as part of the new CIHI initiative: Quality of Care and Health Spending. In both cases, Niagara Health was below the Canadian average for similar hospitals, 8.2 per cent for returning to hospital or 30-day overall readmission (Quality of Care) and $4,655 for average cost of a hospital stay or cost per weighted case (Health Spending). 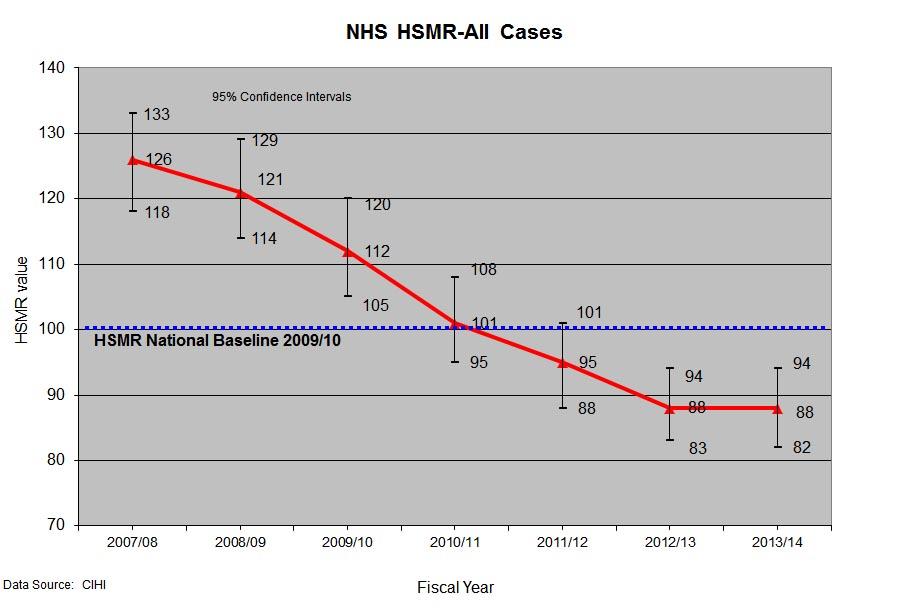 Cancer care and treatment for patients in Niagara advanced last week with the installation of a new CT simulation machine that positions Niagara Health as a leader in radiotherapy imaging.